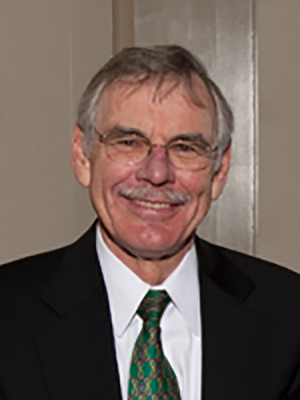 Dr. Dunn provides strategic support to Marstel-Day's international program for the Defense Security Cooperation Agency and OSD Policy. He has more than 30 years of government and private sector experience in areas of strategic planning, policy advice, military strategy, studies and analyses. During his career in the government, he held numerous flag level positions in the Office of the Secretary of Defense, with the US Mission to NATO, and with the Department of the Army, as well as served on congressionally initiated task forces and National Security Council transition teams. He served nearly half of his career in the Senior Executive Service (SES), retiring at the rank of SES-5. He was the first civilian to hold the position as Deputy Defense Advisor at the US Mission to NATO. He also served as Director of Defense Plans at the U.S. Mission to NATO; the Principal Director, Inter-American Region in the Office of the Under Secretary of Defense for Policy; the Assistant for European Conventional Forces Policy in the Office of the Assistant Secretary of Defense for International Security Policy (ISP); a Senior Fellow at the Institute for National Strategic Studies, National Defense University; and the Senior Policy Analyst in the Strategic Studies Institute at the U.S. Army War College, Carlisle Barracks, PA. He has taught at both the Army War College and National War College and has lectured extensively both in the United States and Europe. From 1973-1977, he served on active duty in the Army and is retired from the U.S. Army Reserves. Dr. Dunn has written two books, edited four volumes, and published over 50 scholarly articles in national and international journals on European, NATO, Russian and Soviet military affairs, national security strategy, and inter-agency policy in addition to numerous classified and proprietary studies.

Dr. Dunn earned an MA and PhD in history from the University of Missouri-Columbia. He is also a graduate of the Department of State's Strategic Seminar, a War College equivalent school.